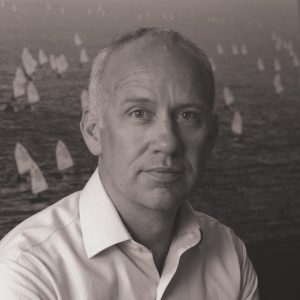 Jon Budington knows change. He’s seen Global Printing become More Vang. He’s transformed a small, local printing business into a creatively driven, design, technology and marketing firm with a deep regional footprint. He’s evolved from fulfilling orders to offering solutions, helping a wide variety of businesses identify their brand and express themselves in big, bold, imaginative ways. He’s gone from offline to online and back again. He’s taken his cue from the writing on the wall and outlived many a dinosaur that refused to adapt. As CEO of More Vang, and with an abundance of curiosity, empathy and optimism, Jon is creating the future he wants for the company he loves. A future that embraces change as inevitable and filled with opportunity.

There are some things he wouldn’t change, though. His love of sailing, photography and understanding the true power of words and language. And his wife, five children and home in Chevy Chase, Maryland. 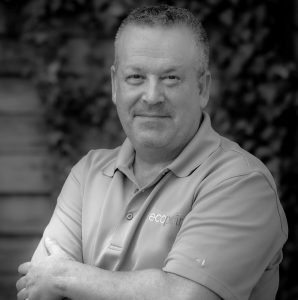 The last thing you could call Bobby Firestein is green. On the contrary, he’s been passionately involved in the printing business for over 30 years. Sustainability and conducting business in an environmentally respectful manner have been at the heart of his approach since the beginning. As CEO of Svec Conway, Bobby incorporated environmentally friendly technologies, procedures, and materials into his business. His bold actions and unwavering commitment caught the attention of American Printer Magazine which, in 2009, honored Svec Conway with its coveted Environmental Excellence Award.

OK, so maybe he is green. It’s a calling for Bobby. He sees it as vital for the sustainability of both printing and the planet. And as Vice President of Ecoprint, he’s working alongside Jon Budington to make sure the Ecoprint / More Vang partnership becomes the gold standard, or maybe green standard, for the entire printing industry.

Bobby is the proud father of two daughters, Taylor and Bailey. When not working, Bobby can be found exploring the great outdoors on Maryland’s eastern shore with his partner Sharon, or managing the great indoors together with their two dogs, and a cat who ignores them all.